BJP vs BJD over Mahanga 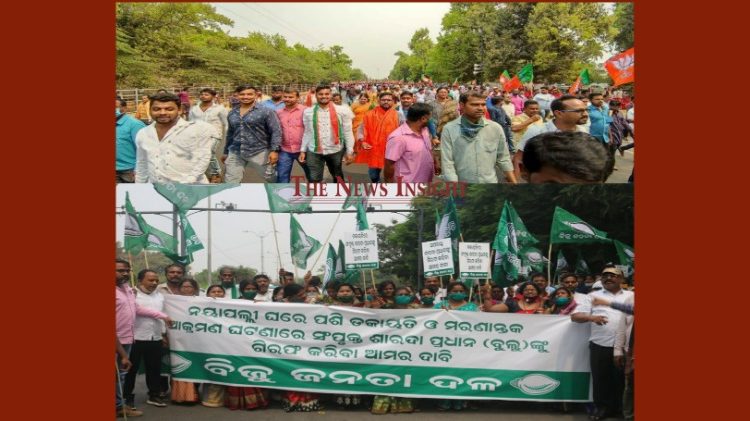 BJD and BJP had a face-off in Bhubaneswar today. The BJP leaders who marched from Mahanga to Bhubaneswar, demanded resignation and arrest of Mahanga MLA and Law Minister Pratap Jena over his alleged role in the double murder case.

Two Senior BJP leaders were hacked to death while the prime accused was found dead in mysterious circumstances.

BJD has demanded the arrest of BJP Leader from Mahanga Sarada Pradhan for alleging attacking a man and vandalising his house in Nayapalli a few days ago.

Interestingly, FIR has been filed against both leaders in respective cases. But, both are roaming free.