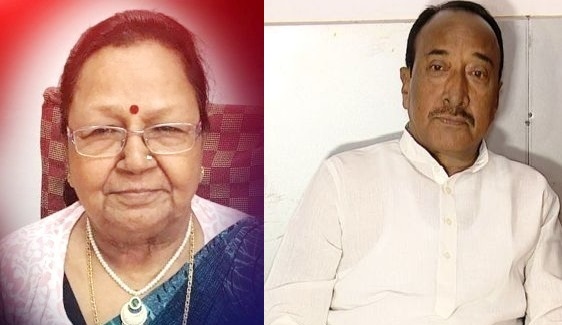 TNI Bureau:  When they joined hands, it was expected that both Baijayant ‘Jay’ Panda and Bijoy Mohapatra would not only win their respective seats, but also help BJP rise in Coastal Odisha. But, eventually it was Naveen Patnaik who had the last laugh, as both his detractors ended up on the losing side.

Both Jay and Bijoy had to bite the dust in their electoral battle against a rampaging and invincible BJD in Kendrapara/Patkura. While Baijayant Panda had lost the Kendrapara Lok Sabha polls by 1,52,584 votes, Bijoy Mohapatra lost the assembly polls in Patkura by 17,997 votes. Although the EC has not officially announced the results, counting of votes for all 18 rounds, have been completed.

As per the latest trend, BJD candidate Savitri Agarwal secured 96,030 votes, while Bijoy Mohapatra (BJP) got 78,133 votes. Congress candidate Jayant Mohanty got just 2,106 votes. Although almost all Congress votes were shifted to BJP, it still did not help the party. Congress had secured 42,138 votes in 2014. They lost deposit this time.

Surprisingly, BJD improved its vote share in Patkura as compared to 2019 Lok Sabha polls. Jay Panda was leading in Garadpur and Marshaghai in Lok Sabha polls, but Bijoy lost out in these areas too during the assembly polls.
Bijoy Mohapatra, who was fighting the ultimate battle of his life, would be shaken and heartbroken with today’s defeat. He had been trying hard since 2000 to enter the Odisha Assembly, but in vain.

UGC releases list of 23 Fake Universities; Check who are from Odisha