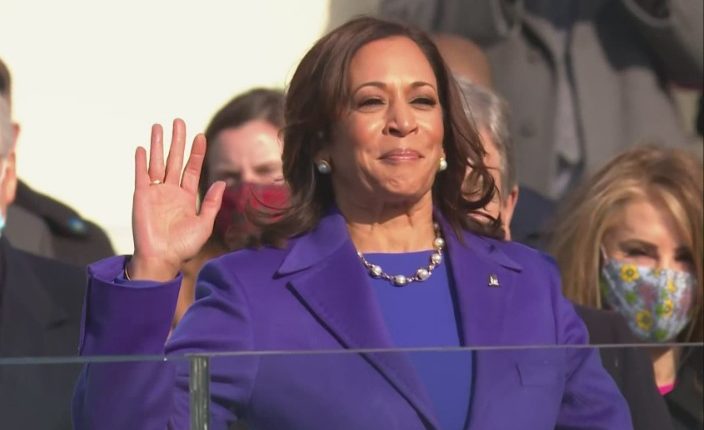 The 59th Presidential Inauguration ceremony was held on the West Front of the US Capitol building where 78-year old Joe Biden also took oath as the 46th President of the country.

Harris took over the office of the US Vice President from 61-year old Mike Pence and Biden succeeded President Donald Trump, 74.

Kamala Harris (56) was born in Oakland, California in 1964. Her mother, Shyamala Gopalan Harris from Chennai, was a breast cancer researcher who died of cancer in 2009. Harris’ father, Donald, is a Jamaican American professor of Economics.

Prime Minister Narendra Modi and other Indian leaders greeted Joe Biden and Kamala Harris as they were sworn in as the President and Vice President of the United States respectively.