Modi looks forward to taking India-US relations to greater heights along with Biden. 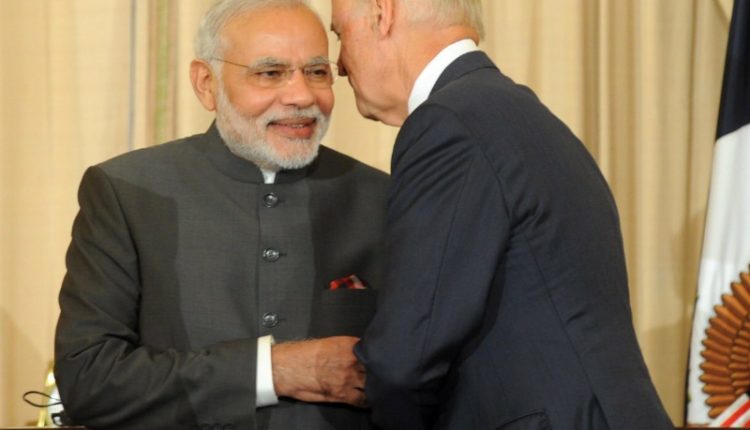 TNI Bureau: Even as Incumbent Donald Trump refused to accept defeat and claimed that “he won the election by a lot”, making himself a laughing stock before the world, global leaders congratulated President-Elect Joe Biden and Vice President-Elect Kamala Harris on their spectacular victory.

Prime Minister Narendra Modi congratulated Joe Biden by tweeting a pic with him, probably reminding him of the good rapport both leaders share.

“Congratulations @JoeBiden on your spectacular victory! As the VP, your contribution to strengthening Indo-US relations was critical and invaluable. I look forward to working closely together once again to take India-US relations to greater heights,” he tweeted.

Modi also congratulated Kamala Harris, 1st Woman Vice President of the USA with a tweet: “Heartiest congratulations @KamalaHarris! Your success is pathbreaking, and a matter of immense pride not just for your chittis, but also for all Indian-Americans. I am confident that the vibrant India-US ties will get even stronger with your support and leadership”.