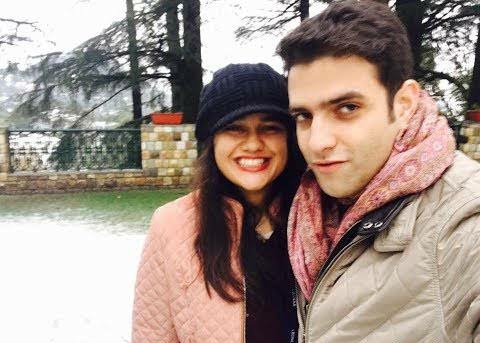 TNI Bureau: Even random people with no stake or interest in the relationship between IAS Toppers Tina Dabi (Rank 1, 2015 batch) and Athar Aamir Khan (Rank 2, 2015 batch), celebrate the “divorce” petition filed by the duo, linking it to “Love Jihad”.

Tina and Athar met at the Lal Bahadur Shastri National Academy for Administration in Mussoorie when they trained together. They got married in 2018. Their wedding grabbed national attention with many (including Congress leader Rahul Gandhi) hailing it as a symbol of ‘Communal Harmony’.

Tina Dabi and Athar Khan were allocated to the Rajasthan cadre of the IAS. While Tina was the first-ever Dalit woman to top the IAS Exam, Athar’s achievement was significant as he hails from North Kashmir.

Things changed in the last two years. Tina and Athar have filed for divorce with mutual consent in a family court in Jaipur.