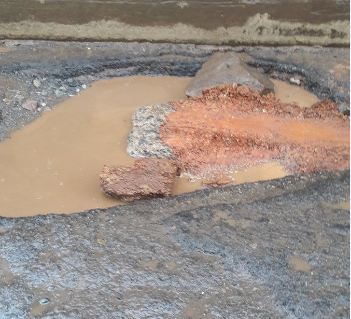 TNI Bureau: While the entire Rasulgarh-Bomikhal patch is badly affected by rains in the Monsoon season, the National Highways from Rasulgarh Square to Palasuni under the Flyover, has become a death trap. There are big craters with boulders on the road, which won’t be visible during waterlogging and may lead to mishaps.

A Twitterati Arindam Chakravarty has tweeted the images and urged the authorities not to put people’s lives (including ambulance) at risk.

Dear sirs. Found these godlike craters from moon causing heavy traffic jam on both side of rasulgarh flyover.
Who can be fined and put to task. The apathy of few selfish officials puts everyone's life at risk including ambulance. May the good souls solve this. pic.twitter.com/97dBoRSPT4