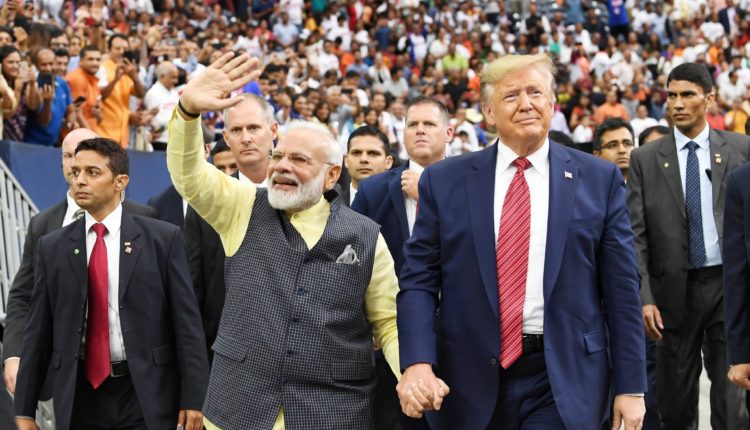 While having a tough time to counter a hostile Media at home, Trump did not wish to antagonise the rampaging Indian Media as well as the Cyber Warriors in India who had proved their mettle by setting narratives & perception about Congress, AAP, Rahul & Kejriwal.

Following the Kashmir remark in July, Trump faced stiff resistance and that made him realise that ‘Data is Gold’ (Social Media). He fell in line, supported Narendra Modi & now got the support of best PR Team in the World. As Modi kick-started his poll campaign, Trump now has maximum Indian-Americans in his kitty.

Smart Kid gets Selfie with Modi & Trump at #HowdyModi Event