Smart Kid gets Selfie with Modi & Trump at #HowdyModi Event 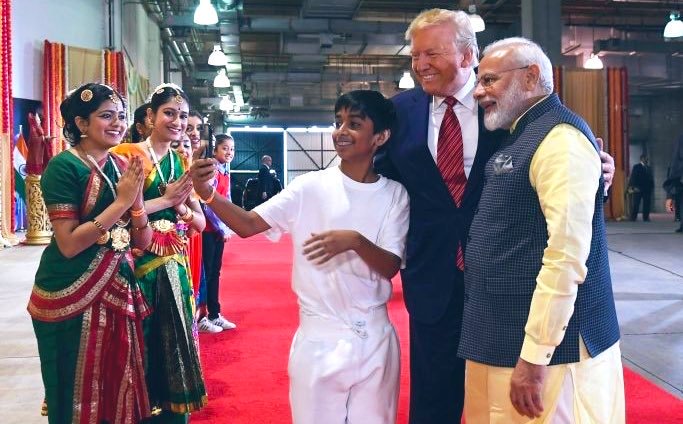 TNI Bureau: The Prime Minister’s Office’s official Twitter handle in India on Monday tweeted a video where Prime Minister Narendra Modi and US President Donald Trump are seen interacting with a group of youngsters on their way to the stage at the “Howdy, Modi” event on Sunday.

A young boy then requested both the leaders for a selfie, for which Trump pose with PM Modi for the picture.

The 9-year-old boy, who got a chance to click selfie with two World leaders, is Satvik Hegde, an Indian-American from Karnataka’s North Kannada district.

The video, which was shared in the morning, immediately went viral on social media.

Soon, the users started calling him as ”lucky boy” on the Twitter as he got a picture with both the World leaders.

Memorable moments from #HowdyModi when PM @narendramodi and @POTUS interacted with a group of youngsters. pic.twitter.com/8FFIqCDt41