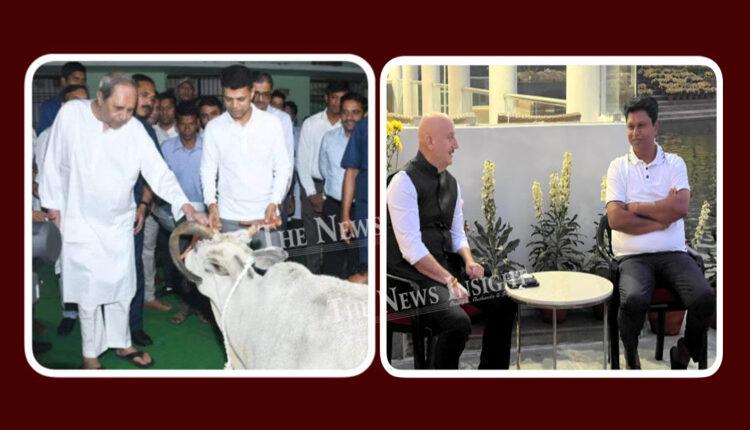 While Odisha BJP was busy in preparing a roadmap for 2024 elections, Odisha’s “invincible CM” for 23 long years, Naveen Patnaik sought to play a masterstroke by visiting a Gosala on the outskirts of Bhubaneswar with a message, “he cares”.

The message was probably meant for the central BJP leadership as well as its parent organisation RSS. This gesture will woo the Marwadi Community too.

In another development, Team Naveen roped in Bollywood Actor, Champion of Hindutva and BJP sympathiser Anupam Kher for the Jajpur Craft Festival.

These developments serve as an indicator to BJD’s future role in national politics.