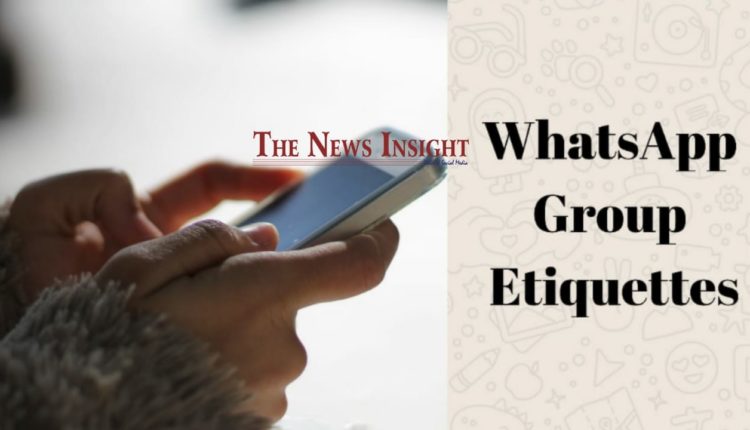 People widely use WhatsApp Groups as they are easy to use and convenient. It allows users to connect with various different contacts having the same interests at the same time. Groups are being used by people for family conversations, official messages, college and school chats, and much more.

Though they make communication easier but the things that provide ease comes with responsibilities. Here are some Do’s and Don’ts that you should consider while using WhatsApp Groups.

1) Try to involve everyone while chatting on a WhatsApp Group. In a group chat, everyone holds equal interest and requires equal attention. If you won’t interact with everyone then you might end up offending someone unintentionally.

2) Use appropriate Emoticons and messages. People from different races participate in group chats and you might not have an idea about their understanding level. So, it is always good to be cautious while sharing messages and emoticons in groups.

3) Try to interact in groups at a reasonable time and not just whenever you feel like. There is always a right time for everything, decide wisely.

1) Don’t forward random messages on WhatsApp Groups, it is always advisable to first verify the information before sharing it in a Group Chat because there is an enormous number of fake messages on the platform. So, be careful and avoid sharing fake and false information.

2) Don’t be disrespectful to someone while trying to be humorous. In various situations in life, we try to be funny and cool and pass some jokes that contain racist or inappropriate comments. Although we don’t realize this at first but regret it later. So, it’s better to be cautious while having friendly conversations too.

3) Avoid having personal conversations in a group. Sometimes in a flow, we keep messaging in a group even if it’s just for the use of two or three people. These kinds of stuffs can be disturbing for the other participants in the group. Keep your personal chats limited to the direct inbox.

These are very understandable points that we follow normally in real life but sometimes we forget to follow them while interacting online. Using these simple WhatsApp Group Etiquettes which can save you from embarrassment, humiliation, and fights while chatting in Groups.