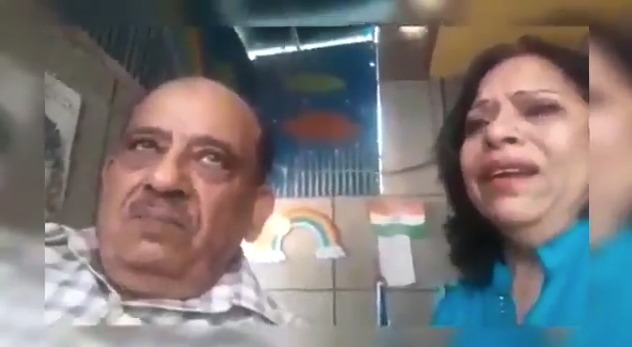 TNI Bureau:  In a video, which has now gone viral on social media, an elderly couple from Uttar Pradesh’s Ghaziabad can be seen claiming that their son and daughter-in-law are pressurising them to vacate the house which has been built with their hard-earned money.

Inderjeet further said that he has written to the District Magistrate of Ghaziabad to get him out of the clutches of his son and daughter-in-law.