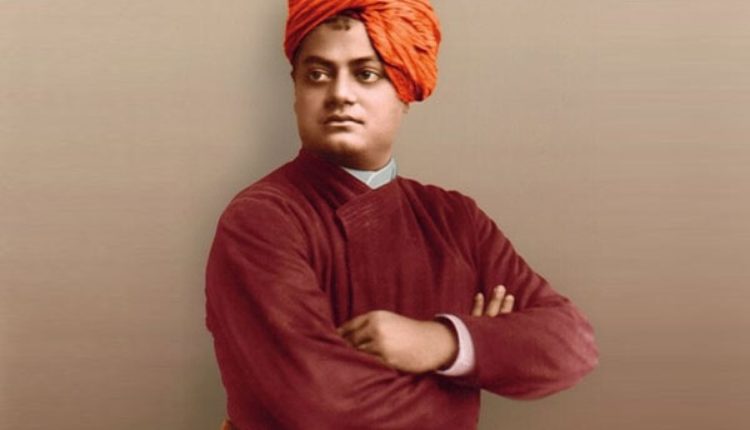 Swami Vivekananda, the great Indian monk turns 158 today. On the occasion of his birth anniversary, we bring to you some unknown facts about him.

Swamiji was born as Narendranath Dutta, into an aristocratic Bengali family of Calcutta. He played a role in introducing Vedanta and Yoga to the Western World.

In 1893 he travelled to Chicago to place a speech on Hinduism, in the “Parliament of Religions”.

He started his speech as “Sisters and brothers of America…” which won hearts and made Swamiji an instant hit.

As a child, Naren was naughty, and kind at the same time. He was a very bright young boy, who could learn easily by just listening to his teachers.

He was so kind that it is said that one day, to stop him from giving away clothes to beggars, his mother had to lock him in a room on the second floor.

Even from their, he handed clothes when he had heard a beggar.

Naren had very high morales and believed in spiritualism. From a tender age he engaged in meditation, and discarded any caste barrier. He believed in good health and often took his friends to the field, early in the morning.

They exercised there to keep their mind and body fresh.

Narendranath got the nickname “Bile”. He left the house and the worldly pleasures at the age of 25.

However, Paramhansa wasn’t the only one who influenced him.

Later found the Belur Math on the banks of the Hooghly river, Belur. The architecture was an amalgamation of various religion symbols and art.

His disciples state, that he died due to the rupture of a blood vessel in his brain. People say that Swami Vivekananda was meditating and in this state only he attained the state of Mahasamadhi.

Mahasamadhi is the state of soul escaping the material world through the head.

Swamiji strongly believed that the country’s youth held major power to bring in changes and start revolutions. He believed for this keeping the body and mind of the youth healthy is the most important aspect.

He also believed a country can never progress where it’s girls are not educated.

” That country and that nation which do not respect women have never become great, nor will ever be in future.’

“The real ‘Shakti’ of a country are its women.

He quoted Manu- “Daughters should be supported and educated with as much care and attention as the sons”.

National Youth Day is celebrated all across the country to honor Swami Vivekananda.

Swami Vivekananda strongly believed that only Youth can bring revolutionary changes. He said that they have “muscles of iron” and “nerves of steel”.