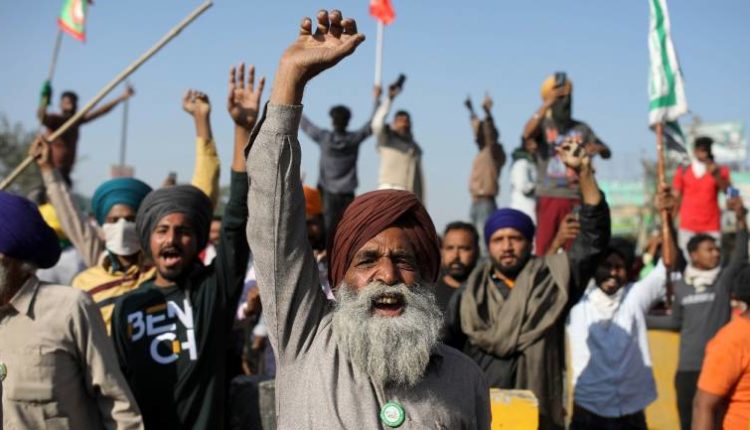 Here’s a timeline of how the farmer’s protest shook the country and the Central Government from June 2020.

The Central government hinted a reform for the then-applicable farm laws.

Soon after, the Bharatiya Kisan Union issued a statement and expressed their apprehensions towards the reforms.

They said that the reforms to the farm laws would take the Minimum Support Price (MSP) from the farmers.

The union feared that change in farms laws would leave the farmers at the mercy of the private organizations. By the end of June, farmer’s protest in Punjab started to erupt in phases.

By the mid-September, Harsimrat Kaur, BJP’s ally resigned from the Union Food Processing Ministry over the farm laws. Later, the farmers in Punjab began the three-day “rail roko” movement against the farm laws.

Following this, the Ferozepur Railway division suspended the operations of special trains.

On November 3, farmer’s protest leader announced the nationwide road blockade to protest against the bills.

Then on November 25, farmer’s protest from Punjab and Haryana called for “Delhi Chalo” movement. They given the permission to enter the Delhi borders on November 27 by the Delhi police.

By November 28, thousands of farmers had reached Delhi with their tractors and other vehicles in support of the Delhi Chalo movement.

During the “Mann ki Baat” radio address, Prime Minister Narendra Modi said that the government is fulfilling the promises made to them.

The Union government proposed to amend the laws. But the farmer’s protestors rejected the proposal and intensified the protest. They said that they want the farm bills repealed.

On December 13, hundred of farmers from other states like Rajasthan, Maharashtra and Gujarat joined the farmer’s protest in Delhi. However, they were stopped by the Haryana police at the border.

Following this, they staged a sit-down on the Delhi-Jaipur Highway and blocked the carriageway to Delhi.

Medha Patkar from the Narmada Bachao Andolan and Yogedra Yadav, President of the Swaraj India joined the farmers protest as they moved to Delhi.

By the New Years, central government and the farmers had already had several rounds of negotiations and none were successful. And the matter eventually went to the Supreme Court.

On January 11, Supreme Court said that they were “extremely disappointed” with the Central Government regarding the farmer’s protest.

The Supreme Court gave the verdict today (January 12, 2021) for the Government vs Farmers Union.  As per the SC verdict, the implementation of the farm laws is on stay until further notice. A four member committee is formed to study the situation and submit the report to Supreme Court.