A Tribute to Swami Vivekananda 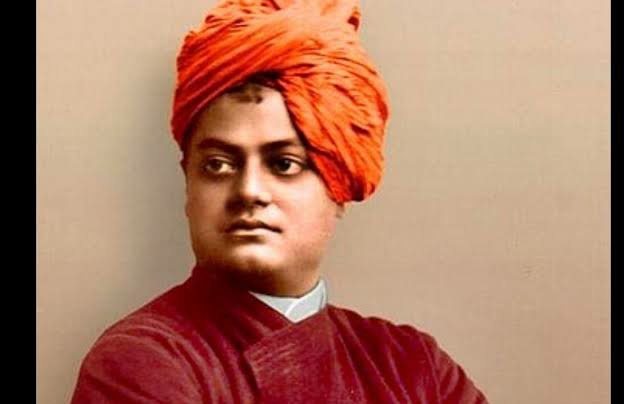 Every year, on January 12, India celebrates the birth anniversary of Swami Vivekananda. We honour his contribution towards Better India. His efforts towards reviving the youth through India’s spirituality is remarkable. The day is observed as the National Youth Day . As a tribute to mark the significance of youth for developed India equipped with modern thoughts.

Education is the manifestation of the perfection already in man.

Swami Vivekananda was born on January 12, 1863, in an accomplished Bengali family. His father, Vishwanatha Dutta, was a well-recognized attorney.

At an early age, Swami Vivekananda experienced a crisis of faith. His belief in spirituality was restored with the blessing of Sri Ramkrishna Paramhansa.

Later on, he became his disciple and preached the importance of spiritually around the globe.

In 1893, he addressed the World’s Parliament of Religion, Chicago. He declared that India needed bread and butter, not religions to eliminate the starvation.

Furthermore, spiritual growth, industrialisation was equally necessary to regain growth and power. He outlined that the service to man was a service to god.

Vivekananda impressed that the development should reach to the huts of millions of Indians.  His speech influenced several minds and received a standing ovation. He spent the next three and a half years in the USA, UK and other corners, spreading love and spirituality.

In 1897, he returned to India with a tremendous knowledge of religious awareness and knowledge of practical Vedanta.

He harmonised religion and science by blending Hindu belief with Western Philosophy. Additionally, he emphasized  the achievements of Indian women as contradictory to his past beliefs.

The evils of society may only diminish when women and men have equality and dignity. He reflected that educated women could mould the destiny of the nation.

Swami Vivekananda sermonized the significance of youth verbally.  He had realised that poverty can only eliminate through industrialisation.

The National youth day promotes rationality amongst youth for a better future.

Due to the pandemic, the UGC instructed the Universities to host online lectures and webinars.

In particular, on the teachings of Swami Vivekananda. Several other activities such as essay writing, recitation were also conducted.

Along with several other ministers such as Education Minister, Ramesh Pokhriya Nishank, Youth Affairs and Sports Minister Kiren Rijiju.