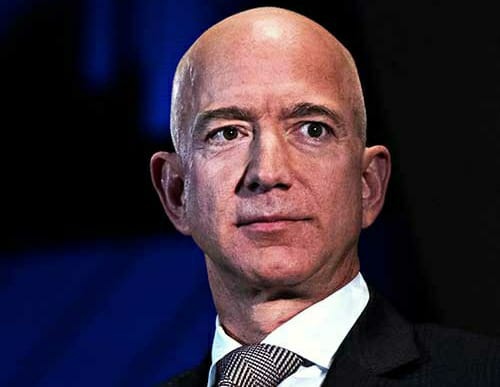 Recently, on January 7, Jeff Bezos was in the news after being replaced by Elon Musk has the richest man on Earth. Five days later, it is the 57th birthday of the CEO and founder of Amazon.com.

Bezos was born as Jeffrey Preston Bezos, in Albuquerque, New Mexico. He gets his surname from his stepfather, who was a Cuban immigrant, Miguel ‘Mike’ Bezos. Bezos way to success from a regular young boy is one that is bound to inspire many. In 2019, Forbes reported his net worth to be $ 115.4 billion.

After graduating from Princeton, Bezos turned down job offers from Intel, Bell Labs, and Anderson Consulting, to kick start his own start up the Fitel, in 1988. In the same year, he shifted his focus to the banking industry and became a product manager at Banker’s Trust.

He worked at the Banker’s Trust for two years, he joined a newly established hedge fund, D.E. Shaw & Co. At the age of 30 years, he became the fourth senior vice-president of the company. But, after four years in 1994, he left to start Amazon.

He had written the business plan of Amazon while on a road trip from New York to Seattle.

With an almost 70% chance of failure, Jeff Bezos gathered early investors and started Amazon under the name Cadabra. He had also received roughly about $300,000 investment from his parents.

Initially, Amazon was an online bookstore, but later it catered to a range of products. In 2002, Amazon went bankrupt after it launches it’s web services. But, it soon bounced back in 2003, after distribution centres closure and workforce layoff. In 2007, it launched the Kindle. Amazon soon expanded to the grocery industry.