Samantha – The ‘Superwoman’ in ‘Family Man’

The Family Man's much-anticipated second season has arrived, and it's exceptional for many reasons, one of which is Samantha Ruth Prabhu's passionate and outstanding performance. 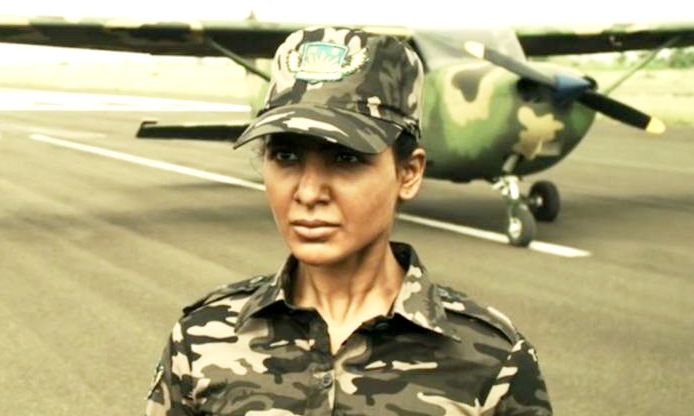 TNI Bureau: The Family Man’s much-anticipated second season has arrived, and it’s exceptional for many reasons, one of which is Samantha Ruth Prabhu’s passionate and outstanding performance.

Samantha Akkineni, who is best known for her work in Telugu and Tamil movies, made her Hindi debut with the web series on Friday. This is Samantha’s first deglamorized part, in which she performs some incredibly challenging action sequences. It’s also the first time she’s seen with a gun in her career.

According to Samantha, “Reading all the reviews and comments fills my heart with so much joy .. RAJI will always be special.

When @rajanddk approached me to do the character, I was aware that portraying Raji’s character required sensitivity and balance. The creative team shared documentaries of the Tamil struggle that included stories of women in the Eelam war. When I watched those documentaries, I was aghast and shocked by the troubles and unspeakable grief that the Tamils of Eelam went through over an extended period of time. I noticed that the aforementioned documentaries had only a few thousand views and that is when it dawned on me how the world just looked away when tens of thousands people of Eelam lost their lives. And, lakhs more lost their livelihood and their homes. *Countless many* continue to live in far away lands with the wounds of the civil strife still fresh in their hearts and minds.

Raji’s story, though fictional, to me, is a tribute to those that died because of an unequal war, and those who continue to live in the painful memory of the war. I was particular about Raji’s portrayal being balanced, nuanced, and sensitive. I want Raji’s story to be a stark, much-needed reminder for us, more than ever before, to come together as humans to fight hate, oppression, and greed. If we fail to do so, countless more will be denied their identity, liberty, and their right to self-determination.”

List of 5 Most Awaited Web Series on OTT Platforms