Tributes being paid to Netaji Subhash Chandra Bose and Veer Surendra Sai on their Birth Anniversaries. 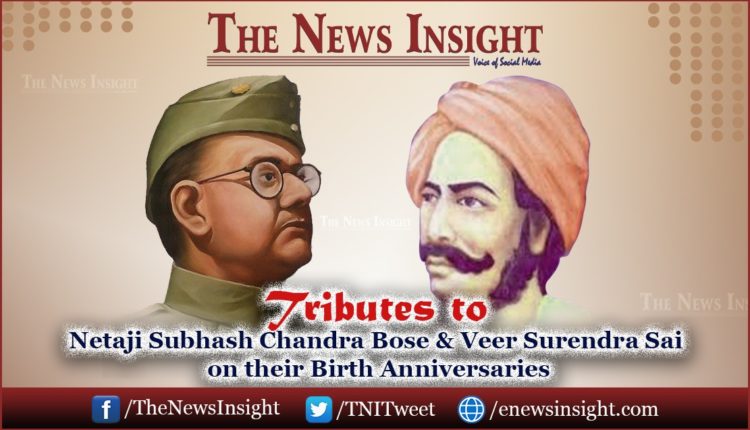 The founder of Indian National Army (Azad Hind Fauj), Netaji had taken the nation by storm with his famous slogan, “Give me blood, and I shall give you freedom” made in Burma in 1944.

He had urged the people of India to join him in his fight against the British Raj and thousands responded to his call. Netaji was born in Cuttack, Odisha and spent his childhood there.

Veer Surendra Sai had sacrificed his life fighting against the the British East India Company. He successfully protected most parts of Western Odisha region for some time from the British rule.

Surendra Sai spent the last part of his life in captivity. He died in the Asirgarh Fort on 23 May, 1884 at the age of 75.