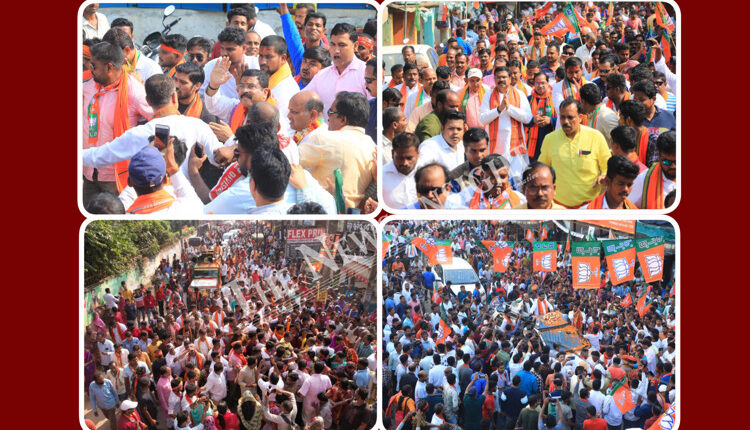 TNI Bureau: Under pressure to perform in the ‘Mother of All Bypolls’ in Odisha, which is very crucial for BJP’s survival and relevance in Odisha Politics, Union Minister Dharmendra Pradhan, face of Odisha BJP, has entered the poll arena in Dhamnagar today.

Dharmendra held a series of roadshows and padayatra today and will continue doing it tomorrow too in a bid to woo the voters. The BJD is gaining strength due to meticulous planning and strong campaigning strategy despite losing ‘rebel’ Rajendra Das.

Will Raju Das make a dent in BJD’s votes? Will a sulking Muktikanta Mandal sabotage the party’s prospects? Will there be a swing in Congress votes? Will BJP hold its fort? A lot of questions are there as the ‘Battle of Dhamnagar’ has taken a decisive turn.

Pressure is on BJP to retain the Dhamnagar seat held by late Bishnu Sethi. Situation is favourable for the saffron party as his son, an active, young political worker is contesting the polls. Moreover, Rebel Rajendra Das has put the ruling party in a fix. BJP has a golden opportunity to revive itself from Dhamnagar and set the right tone for the 2024 elections. A new narrative will be set too.

It’s a make or break situation for the saffron party while BJD is leaving no stones unturned to maintain their invincibility at any cost.

Amit Malviya vs ‘The Wire’