Several other BJP leaders may also follow suit along with Jagannath Pradhan while many others may join before the Panchayat Polls. 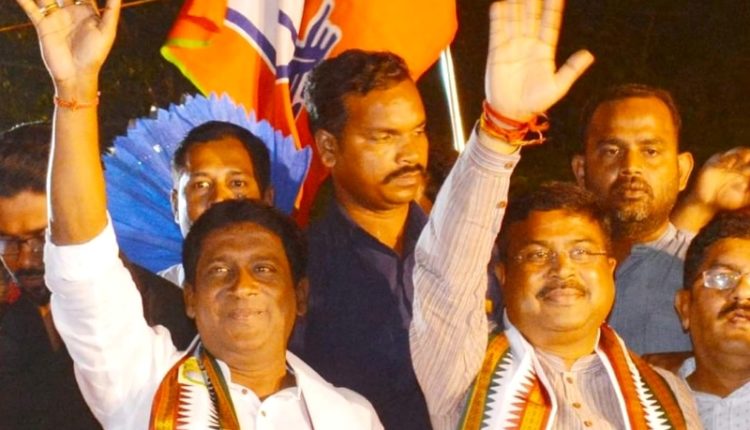 TNI Bureau: The Odisha BJP is heading for a big shocker, as the party stalwart from Bhubaneswar, Jagannath Pradhan may dump the party to join the Biju Janata Dal. Speculations are rife after Jagannath held discussions with Bhubaneswar North MLA Susanta Rout and other BJD leaders including BJD’ Organisational Secretary Pranab Prakash Das two days ago.

Jagannath Pradhan is unhappy with Bhubaneswar District BJP President Babu Singh as well as Lok Sabha MP Aparajita Sarangi. He had resigned from the party a few months ago, but was persuaded to stay back.

According to reports, Bhubaneswar Central (Madhya) MLA Ananta Narayan Jena will  continue to retain his seat while Jagannath Pradhan may get the nod to become Bhubaneswar Mayor. Jagannath has been working hard to win this Assembly segment for a long time, but in vain.

Several other BJP leaders may also follow suit along with Jagannath Pradhan while many others may join before the Panchayat Polls.

List of Indian Cricketers who scored Test Hundreds at Lord’s