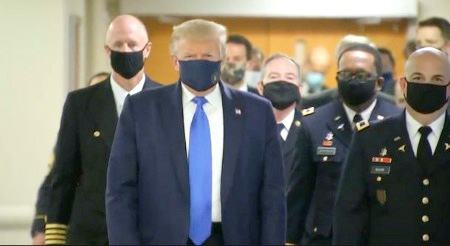 Except Russia, China and a few other Nations, all others including India have congratulated Joe Biden, the President-elect of USA. However, Donald Trump refused to concede and decided to take the legal route.

Trump played another master stroke by sacking Defense Secretary Mark Esper who had opposed use of troops on the US streets in June 2020.

Christopher Miller, the current head of the National Counterterrorism Center and former Special Force Officer, may play a key role in Trump’s desperate bid to stay back in power. As Trump remains defiant, the World is carefully watching the developments in the USA.