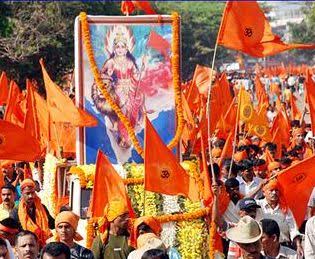 As ‘The Kashmir Files’ triggered Nationalism & Hindutva among the masses, hike in Petrol, Diesel and LPG Prices after a long hiatus, did not invite sharp criticism en masse unlike the previous occasions. The passion is definitely running high now.

BJP’s growth was based on the foundation of Hindutva, thanks to Ram Mandir movement. But, in quest of power, they adopted a moderate image. They stuck to power during the Kashmir Pandit exodus as well as the murder of Swami Laxmanananda Saraswati.

The new BJP propagates Hindutva and Nationalism in a very strong way. And, they look stronger than ever.

No trace of Sarmistha Rout Yet!