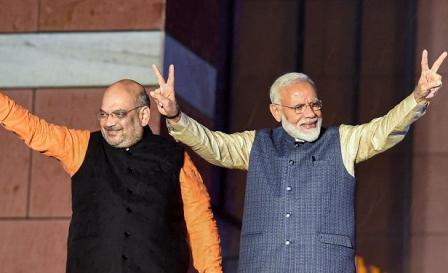 There is a strong possibility that the general elections in India will be preponed to November 2023 instead of April-May 2024.

Four key states in India will go to polls in November/December 2023. These states – Madhya Pradesh, Chhattisgarh, Rajasthan and Telangana are very important for BJP and Modi-Shah duo may want to club those with the general elections so that the ‘mood of the nation’ is reflected in States.

Probably this is the reason why Dharmendra cleverly and strategically hinted at an early election in Odisha, as he knows the state will have simultaneous polls with Lok Sabha Elections.