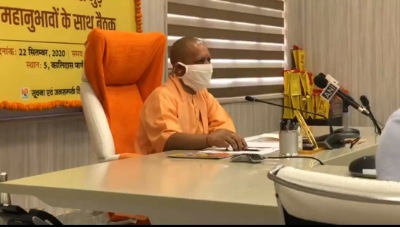 It was then CM Akhilesh Yadav, who had signed Rs 650 cr MoU for two film cities in Uttar Pradesh in March 2015. His party wasted huge money on Bollywood celebrities over the years.

Five years later, CM Yogi Adityanath seeks to build the biggest Film City of India in Noida. Both Congress and Samajwadi Party claimed credit for the project. But, what’s the priority now for Uttar Pradesh, which is currently at 5th spot in COVID-19 Table?

With this budget, Uttar Pradesh can build a large hospital with high number of ventilators and other equipment. But, priorities have changed!