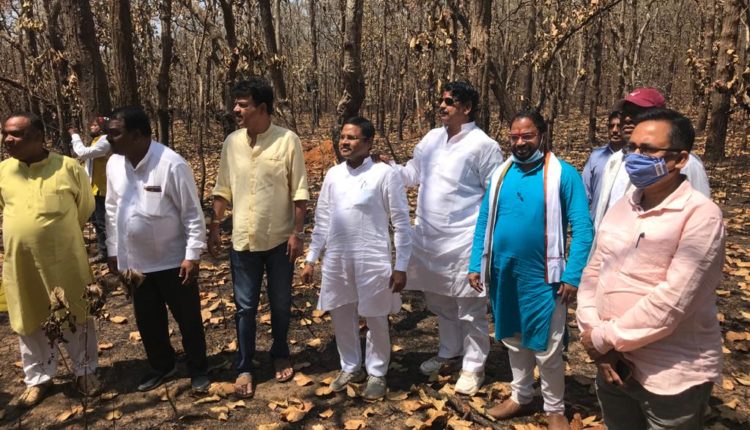 There was an outrage last week over the forest fire in Similipal. After drawing flak, the Odisha Government deployed forest officials, fire service personnel and ODRAF teams. Volunteers of ruling BJD stepped in too. Even Pranab Prakash Das joined the efforts.

Where was the Opposition? The depleted Congress preferred to try their luck on Social Media. And, BJP maintained a stoic silence. Neither BJP’s Mayurbhanj MP nor 6 MLAs in the district bothered to enter the forests.

When the 15-member BJP delegation visited Similipal on Sunday, the fire was already doused. The visit came too late. Opposition failed yet again!