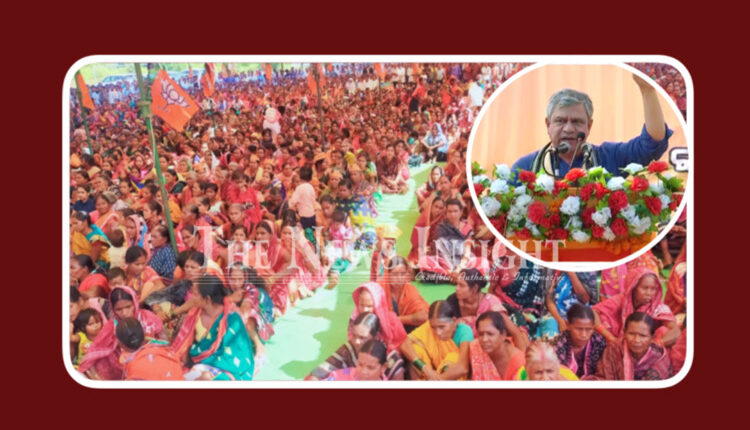 He joined the political campaign trail for the first time, but went aggressive and threw open challenge to the Odisha Government. While accusing senior leader Prasanna Acharya and Minister Tukuni Sahu of lying, Vaishnaw roared in Paikamal Block on Padampar Assembly Constituency today.

“Provide the land for Bargarh-Nuapada railway line tomorrow. We will start project work the next day,” said Vaishnaw, putting the ball in BJD Government’s court.

Ashwini Vaishnaw was unsparing and came down heavily on the Odisha Government on other issues too. It was a rare attack by him, which was appreciated by the BJP leaders and karyakartas.