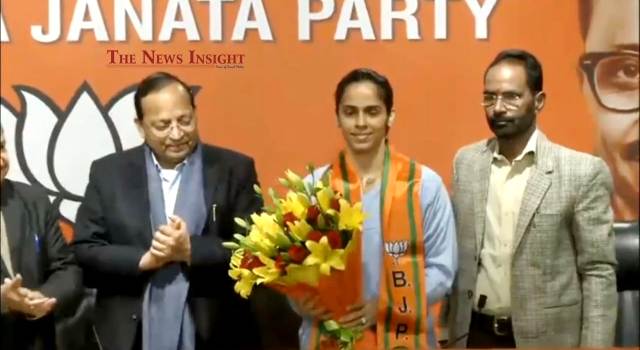 In the recent months, several eminent sports personalities have embraced the BJP. Whether Wrestlers Yogeshwar Dutt and Babita Phogat or Hockey Star Sandep Singh or Cricketer Gautam Gambhir, they have enriched the BJP further.

However, Badminton Star Saina Nehwal is considered as a ‘big catch’ for the party, as it might improve its acceptability in Telangana.

Nobody can deny that Modi Government has done a lot for Indian Sports under the new Sports Policy. The ‘Khelo India’ programme has been helpful in grooming the young sporting talents in the country. That’s the reason why Sportspersons have been preferring the BJP.