Although Dharmendra managed the Petroleum & Natural Gas portfolio effectively for the last 7 years and immensely benefited his party, of late, it became an Achilles' heel for him. 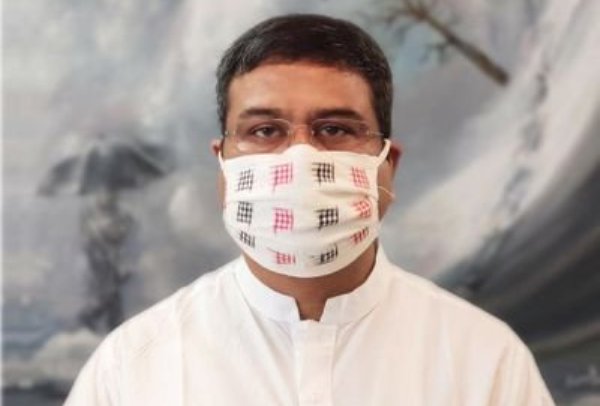 TNI Bureau: Petrol prices have crossed Rs 100 mark in all districts of Odisha and most parts of the country. Diesel prices too touched Rs 100 mark in many states. Who was being blamed and castigated? It was Dharmendra Pradhan who was at the helm of affairs. Now, he has tactically moved out of the Petroleum Ministry, leaving no scope for his critics to bay for his blood.

Although Dharmendra managed the Petroleum & Natural Gas portfolio effectively for the last 7 years and immensely benefited his party, of late, it became an Achilles’ heel for him. He was under tremendous pressure and fast losing credibility and goodwill of common people. Even, PM Modi understood the issue. It was necessary to go for a change to divert the attention from the core issues. Now, Dharmendra will be relieved and get more time to devote to his new assignments.

In the last two years, Dharmendra Pradhan tried his best to build his image as a matured politician who can lead. He almost succeeded in his goal, but the fuel prices played the spoilsport.

Skill Development and Entrepreneurship always remained his favourite portfolio. With these departments being clubbed with Education, Dharmendra will have a great opportunity to boost the employment opportunities across the country and benefit the party in multiple ways.

The Education Ministry was known as HRD in the past and considered as one of the most powerful portfolios. Many don’t know this portfolio was held by eminent people like Maulana Abul Kalam Azad, Dr. Karan Singh, Shankarrao Chavan, PV Narasimha Rao, VP Singh, Arjun Singh, Madhavrao Scindia and Murli Manohar Joshi. But, in the Modi era, people started questioning the credibility of this Ministry due to the wrong selection of Ministers like Smriti Irani and Ramesh Pokhariyal Nishank. But, now Dharmendra Pradhan has an opportunity to change that perception and revive and restore the credibility and dignity of Education Ministry. In any case, right Education policy will decide the fate of the nation. And, it’s not a small assignment. Implementation of the New Education Policy remains a major challenge.

There is a perception that Sangh (RSS) leaders are not very optimistic about Dharmendra Pradhan to lead Odisha BJP. But, if Dharmendra successfully push Sangh’s educational agenda and placate them with his organisational skills, he would get a big thumbs up, which will help him in winning their trust as well as building a stronger image.

Ujjwala Yojana had made Dharmendra Pradhan very powerful in Indian politics, but the fuel price hike dented his image to a great extent. The ‘Education’ portfolio came as a blessing in disguise for him to undo the damage and establish himself as a leader par excellence. Yes, he has a herculean task in hand. But, it’s certain that he will leave no stones unturned to turn this opportunity into a big success if we analyse his past record and work.

More than 5000 Units of Blood collected on Odisha CM’s…