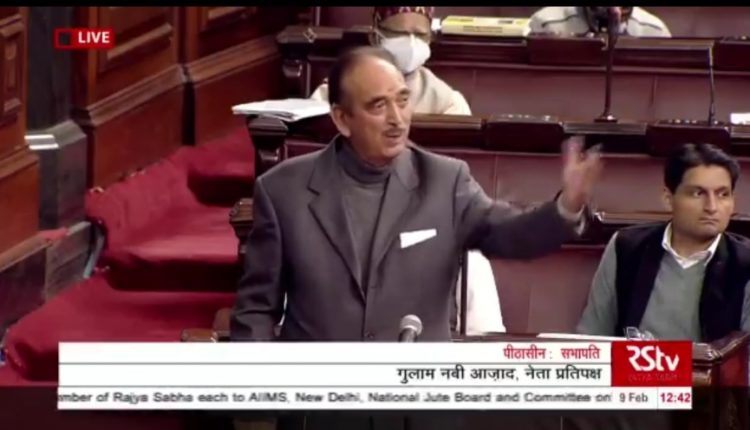 TNI Bureau: The day belonged Leader of Opposition in Rajya Sabha, Ghulam Nabi Azad, who is retiring from the Upper House on February 15. Leaders cutting across party lines, hailed him as a great person. PM Modi broke down while recalling his past association with Azad.

Ghulam Nabi Azad thanked everyone including PM Modi and also recalled how he learnt many things from Late Atal Bihari Vajpayee. Azad also lauded one leader from Odisha – Lulu Mohapatra.

While remembering Late Lalatendu Bidyadhar Mohapatra (Lulu Bhai), Azad hailed him as a mass leader, who always thought about the people of Odisha and worked for them. “Lulu was a household name in Odisha”, said Ghulam Nabi Azad.

Unfortunately, Lulu Mohapatra did not get what he deserved during his final days. He was considered as the lone leader who would have strengthened the party in Odisha. But, he was snubbed and later died while he had a lot of work to do.

In his retirement address in the Rajya Sabha, Shri .@ghulamnazad recalled the great Lulu Mohapatra.

Glad that such a political father figure was remembered. Lulu mamu’s fearlessness will always make him the evergreen 'Odisha Tiger' @UpasnaMohapatra | @LalitenduBJP pic.twitter.com/6QpB5RhIvF