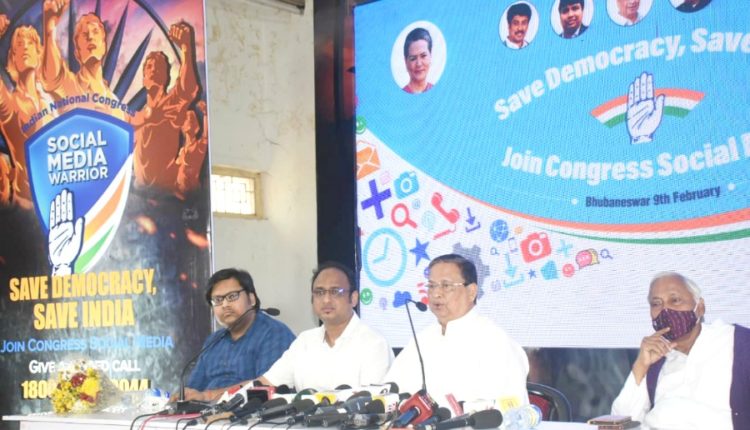 TNI Bureau:  The Congress Party has called for Odisha Bandh on February 15 over the fuel price hike. PCC President Niranjan Patnaik has announced this.

The state-wide shutdown will be observed from 7 AM to 1 PM.

Niranjan Patnaik lashed out at both ruling Biju Janata Dal (BJD) and Opposition BJP for ignoring the issue although it directly hits the common people.

The shutdown has been called to create awareness among the people, said Niranjan while adding that there has been a steep hike in prices of LPG and other essential commodities too.

“Odisha Social Media will identify 21,000 volunteers across the State out of which 2,100 volunteers will be selected for further appointments as office bearers”, said Abhishek Mahananda.

Vinay Kumar Dokania told the press that AICC SM has launched this campaign to identify 500,000 volunteers and 50,000 office bearers across the country.