Vikas Dubey Encounter saves Many in ‘Khaki and Khadi’ 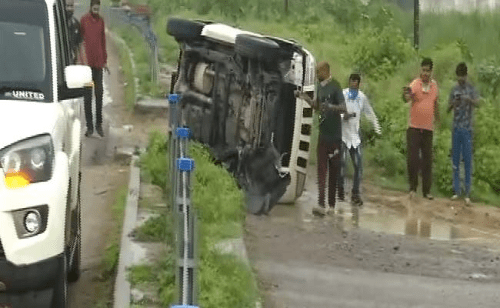 TNI Bureau: Who thought it won’t happen? It was the most predictable encounter in the history of India and people kept waiting for the news while Vikas Dubey was being taken to Uttar Pradesh to Madhya Pradesh. ‘Where and When’ were the questions over the last few hours, which were finally answered in the morning with the “encounter” of Vikas Dubey while he was “trying to flee” near the Kanpur border.

Nobody has any sympathy for Vikas Dubey, the man who killed 8 Policemen on July 2-3 night and challenged the system. There are celebrations over his encounter. Support grows up. The Uttar Pradesh Government and Police are being hailed. But, many questions remain unanswered. Vital evidences have been lost (destroyed).

Eyebrows are bound to be raised when the man, who staged a ‘surrender drama’ in Ujjain, Madhya Pradesh to escape the encounter, was accused of trying to flee in Kanpur. How Vikas managed to flee and run although he had steel rods inserted in his legs and was limping as seen inside the Mahakal Temple in Ujjain yesterday.

Everyone knows how Vikas Dubey was patronised by the Politicians cutting across party lines, Policemen and Officials over the years. Vikas was was the chain in the Mafia working within the system for years. The nexus went stronger under successive governments. Everyone was unanimous in claiming that Vikas Dubey would never face the trial and would be eliminated in the encounter to save the many people in ‘Khaki and Khadi’. And, the inevitable has finally happened.

The car he travelled “overturned” after the media vehicles following him, were stopped at around 6:30 AM. He “tried to flee” by snatching the pistol of a Cop (happens in every encounter) and he was shot dead. In such a heavily politicised and sensational case, encounter of Vikas Dubey (which was predictable too) would not have happened without orders from the top.

Journalists who were following the convoy in which Vikas Dubey was being taken, claim that he was in a Tata Safari, but what overturned was a TUV 300. He was not handcuffed and shot in the chest against the protocol. With the Journalists’ vehicles stopped minutes before the encounter, the picture was pretty clear.

No single political party or government can be blamed for the rise or fall of Vikas Dubey. This is the system in Uttar Pradesh, which is notorious for the nexus between Politicians, Criminals and Policemen over the decades. Whoever comes to power, the nexus does not change. The chain won’t be broken. There will be new Vikas Dubeys… They will continue to flourish under the patronage of the system. The Samajwadi Party has more to answer here for the patronage it provided to the goons and criminals in UP.

Should we celebrate the encounters? This is a big question! Some may say Yes and some No. But, such revenge killings won’t lead us anywhere. Our legal system is already fragile. It will collapse further if such “instant justice” would be delivered whatever may be the reasons or circumstances. The ultimate justice will be delivered when the Politicians-Criminal-Police nexus is finally broken. 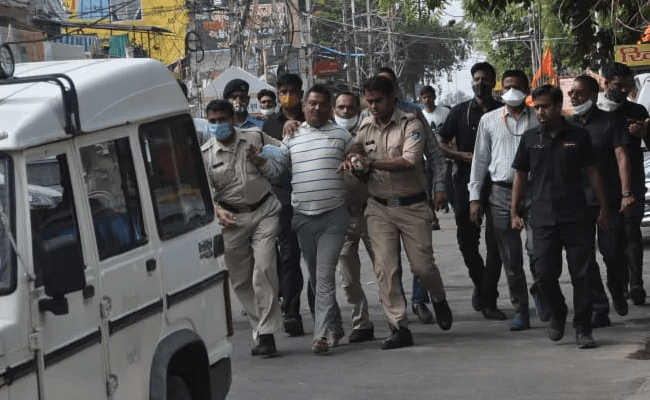