In a public place like the Mahanadi on the outskirts of Cuttack city if the Forest Dept does not display its responsibility, then it is left to imagination as to what is happening in similar situations inside Odisha's jungles!! 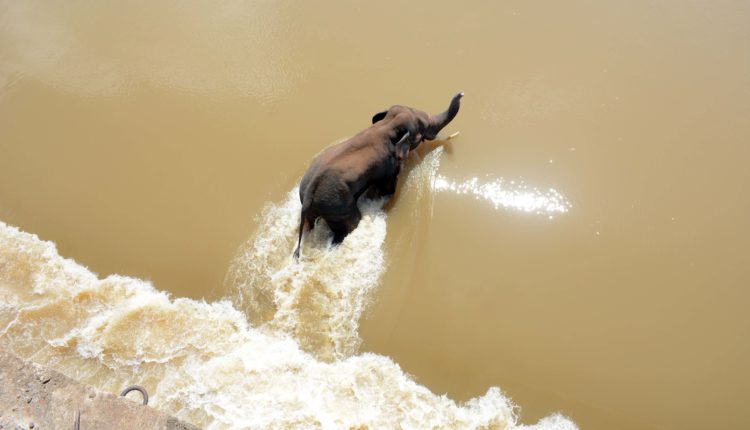 By Shailendra Narayan Singh Deo: In the last few days a lot of water has passed under the bridge and some precious lives too. It is not at all understandable as to how the ODRAF team intended to save the elephant in a dinghy!!

What was the backup plan? Was there ever even one such plan? They need to come clean with their strategy and intended rescue plan if they were not doing it just to highlight their own prowess and beat their own drum at the cost of the poor elephant and innocent lives which were lost.

If the SRC guidelines are being changed following this incident and if the presence of media personnel is seen as a hindrance to the rescue attempt, then why is action not yet taken against the SRC for allowing them on the boat?

If the guideline is being changed just to avoid endangering lives of untrained personal then why is the govt not paying a compensation to the victims till now?  What could be the rationale?

There seems to be no cohesive policy as regards to wildlife rescue as in this case and though it is a unique and isolated case of its kind, it seems astonishing that the bridge was not clear of crowd for a proper rescue attempt of the distressed personnel to be made from atop the bridge once the boat mishap occurred!!

In all of this what has been the role of the Forest Dept? Are the even familiar with our herds of elephants!! Will the government continue letting them to turn Odisha into an elephant graveyard? Were they even present at the spot? Did they assist in crowd management, a primary cause of concern in a situation like this where the poor animal was made even more terrified and could hardly reason itself into walking out of danger and to safety of the shores, which it has enough intelligence to do otherwise.

In a public place like the Mahanadi on the outskirts of Cuttack city if the Forest Dept does not display its responsibility, then it is left to imagination as to what is happening in similar situations inside Odisha’s jungles!!

A very sad and utterly mismanaged affair just like the grand Satkosia Tiger relocation project sometimes back which went phut!! This could have been managed much better in my opinion.