Bengal CM Mamata Banerjee is facing similar situation. She is still not a member of Assembly. 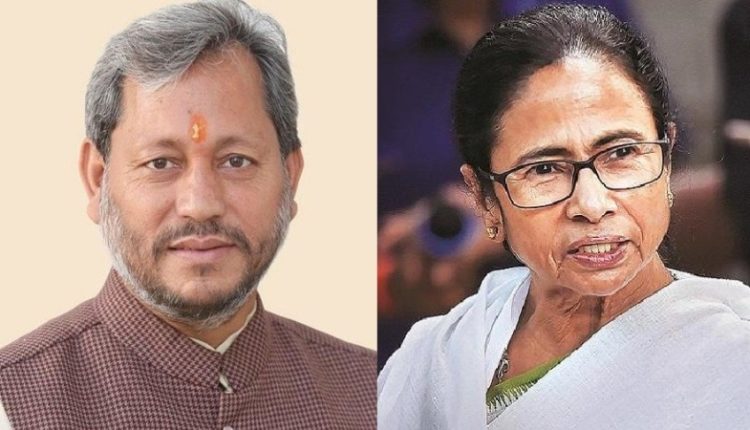 TNI Bureau:  Why Tirath Singh Rawat was asked to resign as the Chief Minister of Uttarakhand as he could not get elected to the Assembly within six months. But, why the BJP did not try to get him elected? Why no seat was vacated for him?

The Election Commission can hold bypolls even if general elections are less than a year away. However, the Government has to petition the EC to seek permission. In this case, BJP did not want to approach the EC for mysterious reasons.

There was hardly any reason behind his exit. But, there could be a larger game plan to end Mamata rule in West Bengal. Bengal CM Mamata Banerjee is facing similar situation. She is still not a member of the Assembly.

Although Shovandeb Chattopadhyay has already vacated the Bhowanipore seat, it all depends on EC and Centre whether they wish to conduct the polls or not during Corona Pandemic. If they decide otherwise, there will be a constitutional crisis in Bengal and Mamata will lose the moral right to rule.

Such a crisis was averted in Maharashtra last year when Uddhav Thackeray was almost blocked from getting elected to the Assembly/Council. He had a narrow escape thanks to his personal rapport with PM Narendra Modi and mediation of Sharad Pawar. But, Mamata Banerjee can’t expect the same here due to his no love lost relationship with Modi and BJP.

Tirath Singh Rawat was made the scapegoat to put moral pressure on Mamata Banerjee. If she fails to get elected within the time-frame and resigns, it would be really difficult for her to take the oath again. Interesting days ahead in Bengal and National politics!!!

The only CM to complete 5-year term in Uttarakhand