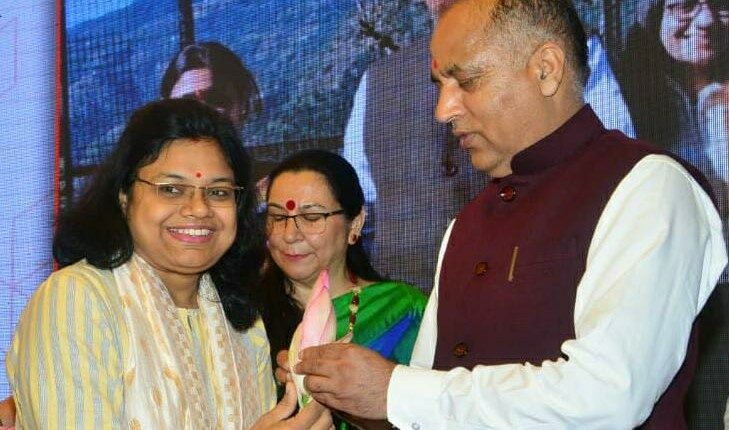 TNI Bureau: Social media is going to play a central role in the 2024 General Election.

It is the platform for political expression for young people and will be crucial for shaping individual choices and voter preferences.

With the Gujarat and Himachal Pradesh will be going to polls later this year, the political parties have already gearing up their alround strategies for winning the same.

Parties like ruling BJP, Congress, AAP have been charging up their Social Media strategy.

While women voters are one of the major game changers including the first time voters, the Social Media wing of the woman cell of BJP, the Mahila Morcha is taking up many initiatives and workshops in both the states to built up a strong women base in the social media front.

As per the National Incharge of Social Media for BJP Mahila Morcha, Sujata Padhy has been working with the concerned state teams to consolidate and activate the Mahila Morcha social media platforms like Facebook, Twitter, Instagram, Telegram and WhatsApp.

She stresses more on WhatsApp because of it’s usability across masses. Alongside, she has been focusing on good and positive content to be shared in all the SM platforms.

The various developmental schemes of the Narendra Modi Government and equally the Double Engine Governments in Himachal Pradesh and Gujarat are her main assets as told by her.

Though reaching out to people through social media has been a regular practice but it is always challenging while following the rules and regulations of social media, as described by Sujata Padhy.

She believes in sharing all the women empowerment schemes of BJP Government and reaching out to the women voters through the respective State teams armed with a strong network of WhatsApp and rich content with graphics and videos.

Though she has been appointed only a year back, she has successfully built-up a strong team of Mahila Morcha SM members across all states of India.

Recently in the social media surveys of different Morchas of Political Parties, she has been able to get a good place nationally in BJP Mahila Morcha.

She owes all her activities to be inspired by former Prime Minister of India, Late Atal Bihari Vajpayee, Prime Minister Narendra Modi, Minister of Home Affairs Amit Shah, Union Minister Dharmendra Pradhan and the National President of BJP Mahila Morcha Vanathi Srinivasan, who she terms as Akka and her constant source of inspiration.

While the elections are just a month away it remains to be seen how the Social Media of Mahila Morcha contributes to the already showing strong Social Media presence of the world’s largest political party.

Other parties like Congress and AAP has also coming strong with social media activities, the election results afterwards will only say which party’s SM has contributed well.