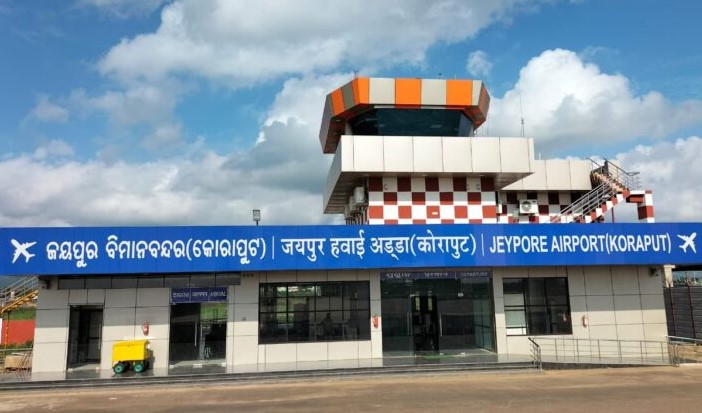 TNI Bureau: Good news for the people of Undivided Koraput District as the Directorate General of Civil Aviation (DGCA) on Thursday granted license to Jeypore Airport in Koraput district to carry out scheduled air operations under the UDAN scheme.

This will help boost tourism and development of this tribal region.

The Authorisation letter issued by the DGCA said, “The license authorizes the Aerodrome to be used as regular place of landing and departure to all persons on equal term and conditions for operation by aircraft requiring specifications of runway and associated facilities”.

It is pertinent to mention here that a team of DGCA visited Jeypore airstrip on July this year. 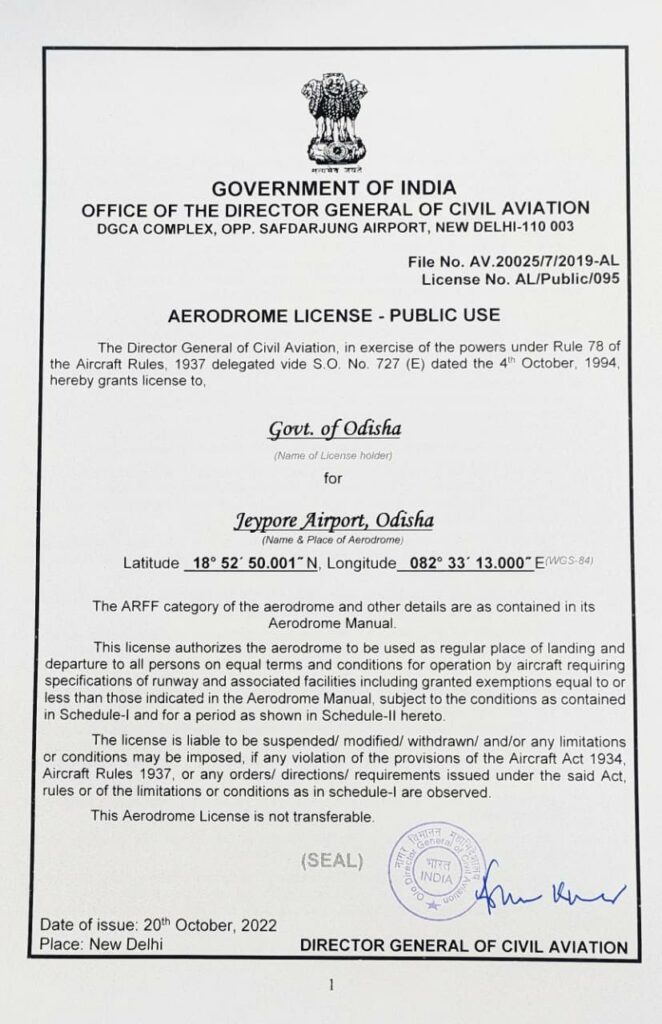