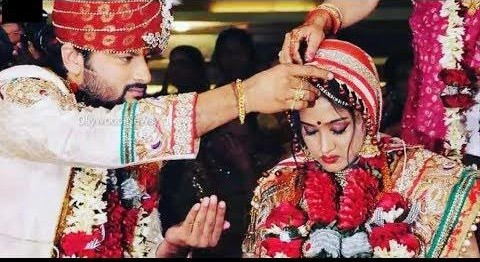 As per the documents accessed, Anubhav had filed the divorce petition at the Patiala House Court in Delhi on July 19, 2020. He had accused his wife Barsha of mental torture in his 47-page petition. The affidavit was signed on July 16, 2020.

In his petition, Anubhav has alleged that his life became hell after the marriage in 2014. “Barsha stayed with me and my family for just 18 months. That 18 month phase of married life was a period full of cruelty, tyranny, misery, harassment and suffering for me and my family at the hands of Barsha,” claimed Anubhav in his petition.

Anubhav sought to play the ‘victim card’ saying his wife Barsha deprived him of sexual relations, but he respected her decision to save the relationship.

“The marriage between the parties have never been consummated as such no child was born”, said the petition.

The divorce petition in Delhi will come up for hearing on October 7.

It can be noted that Barsha has also moved the SDJM Court in Cuttack under Section 12 of the Protection of Women from Domestic Violence Act, accusing Anubhav of assault and harassment.

Meanwhile, Anubhav Mohanty has issued a press release, explaining the circumstances leading to filing of divorce petition. He also urged everyone to respect their personal space, privacy and dignity of both parties and their family members. 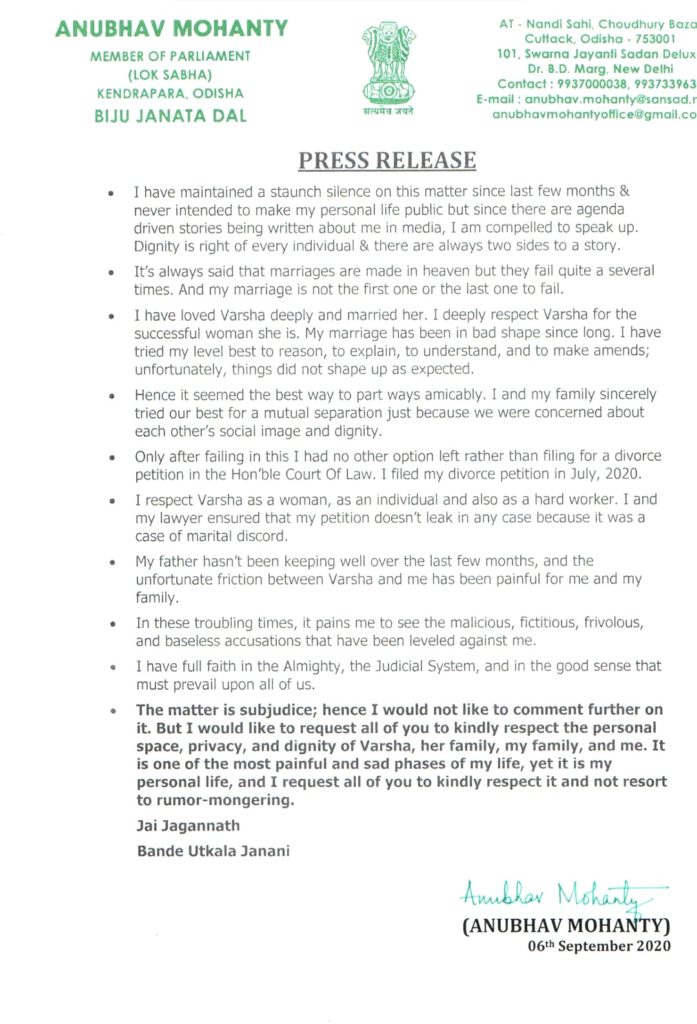