Manoj Das passes away at the age of 87 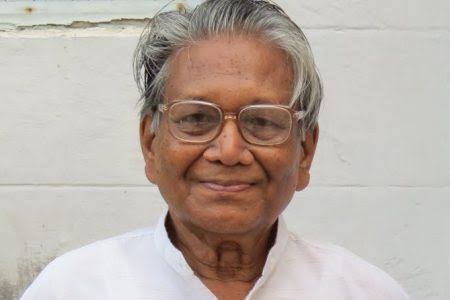 TNI Bureau: Legendary Writer, Author and Story Teller Manoj Das passed away at the age of 87. He was suffering from old-age related ailments. Manoj Das breathed his last at the Ashram Hospital in Puducherry.

Manoj Das wrote in Odia and English. Apart from Saraswati Samman in 2000, he was awarded Padma Shri in 2001 and then Padma Bhushan in 2020. Kendra Sahitya Akademi had bestowed India’s highest literary award Sahitya Akademi Award Fellowship on him.

The CM has requested the Puducherry Government to conduct the last rites of Late Manoj Das with state honours. Odisha Minister Jyoti Prakash Panigrahi will attend the cremation.

Hon'ble Governor condoles the sad demise of legendary writer and thinker Prof. Manoj Das and conveys his heartfelt sympathy to his family and his readers. “He would continue to inspire generations through his timeless literary works”, observed Hon’ble Governor. pic.twitter.com/AHOXMXw0jb

Deeply saddened to know about the passing away of legendary litterateur #ManojDas. Shri Das has left an indelible mark in the field of literature with his vast variety of immortal works and left a void which can never be filled.

Today, I lost a dear friend and a well wisher. The passing away of Padma Bhusan Shri Manoj Das, is not only a personal loss for me, but for the entire country and state. His passing away has left a huge void in the literary field. My deepest condolences to his family. Om Shanti. pic.twitter.com/3ly9wvZfY3

I am speechless. We lost Shri Manoj Das, a Great Writer & Author who popularised Odia Literature at the global level.

He was a close comrade of my late father Harishchandra Baxipatra. We lost an ardent well-wisher who had high regards for my father and encouraged us. Om Shanti. pic.twitter.com/86d6kenEWH