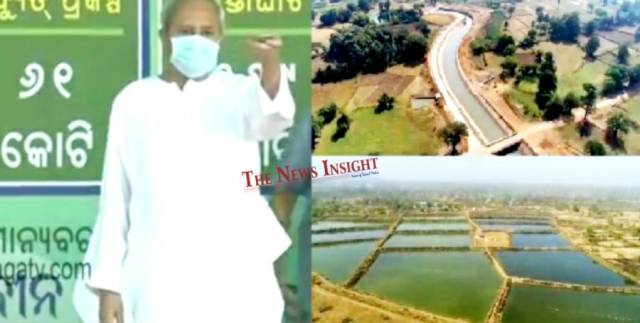 The 33 kilometer-long irrigation canal would irrigate 90 villages of 33-gram panchayats benefitting over 50,000 people.

Constructed at the cost of Rs 986.71 crore, Indravati Lift Canal project will fulfill the long cherished dream of farmers who were deprived of irrigation.

The CM laid foundation stone of 52 projects worth Rs 1020 crore.

Kalahandi has emerged as the second highest rice producing district in Odisha after Bargarh. The new mega lift irrigation project may boost the production further making it the ‘Rice Bowl of Odisha’.

Earlier, the Odisha CM arrived in Kalahandi by a special helicopter, bringing joy and ecstacy among the people.