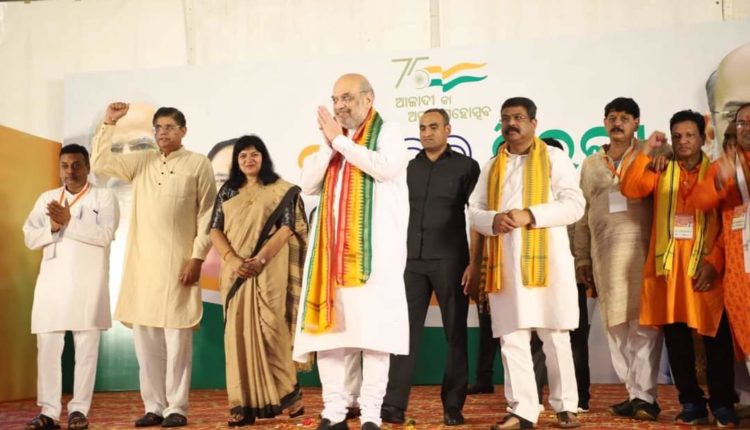 Insight Bureau: He was smiling in public and remained calm at all the events. However, at the party’s internal forum, he did what was expected of him. And, that’s the Amit Shah style.

He showed how dismally the Odisha BJP performed over the years whether promoting Modi Government’s positive achievements, highlighting Odisha Government’s failure through mass movement or building the organisation at the grassroots level.

“BJP is growing fast from a Zero level even in states like West Bengal and Kerala. But, that energy and killer instinct are missing in Odisha”, he warned. “We want to form Government in Odisha. But, what’s being done now, is not the right step forward”, he made it clear.

“If you compare BJP Odisha’s performance since 2017 panchayat polls, situation has gone from bad to worse, forget about improvements,” he lamented.

He also asked the party leaders to shed all their differences and join hands to formulate a strategy to fight the 2024 elections as a clear alternative to BJD in Odisha. “Don’t believe in the narrative of BJD-BJP friendship. That will damage the party further,” he warned.

Many BJP leaders and karyakartas would agree that their party did not do enough to project itself as a viable alternative to the mighty BJD. And, Amit Shah’s pep talk should rejuvenate everyone. Unless the party unit shows a killer instinct, the central leaders won’t have any expectations from them. the message is loud and clear.

Let’s wait and watch to see the impact of his words on BJP Leaders in Odisha.