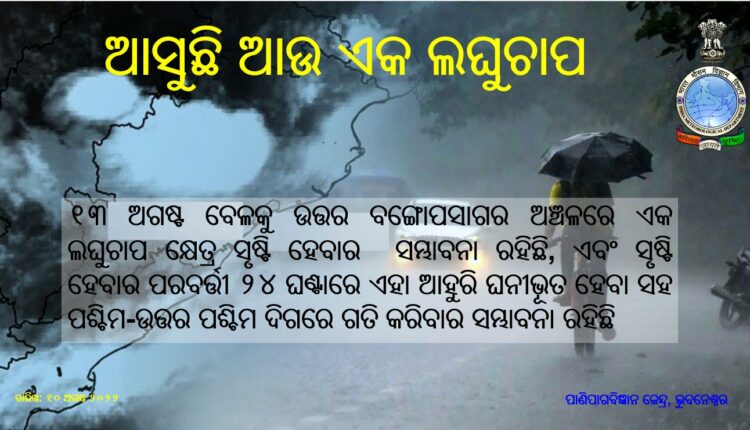 Insight Bureau: Another Low Pressure Area is likely to form over North Bay of Bengal by August 13, informed the regional centre of the India Meteorological Department (IMD) Bhubaneswar on Wednesday.

The system is likely to intensify further and move west-northwestward during the next 24 hours, the IMD added.

According to IMD, a well marked low pressure area that has formed over northwest and adjoining westcentral Bay of Bengal off Odisha and adjoining north Andhra Pradesh coasts is likely to intensify into a depression during next 24 hours.