After Kalahandi and Sundargarh, Naveen's next stop could be Sambalpur and Balangir. 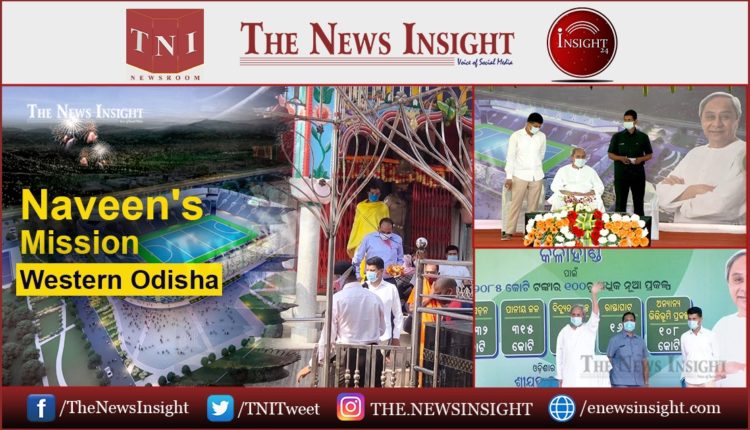 Ahead of 2022 Panchayat Polls and in the run up to big battle of 2024 Elections, Odisha CM Naveen Patnaik has set his focus on key Western Odisha districts where BJP had outwitted the ruling BJD in 2019. While BJD still remains strong in Coastal and South Odisha, the same can’t be said when it comes Western Odisha

In Western Odisha, BJD had lost to BJP in Bargarh, Sundargarh, Sambalpur, Kalahandi and Balangir. While BJP won 8 out of 21 seats, 5 came from Western Odisha only. In these regions, Naveen is now determined to ensure victory for his party.

Naveen has chosen special festivals for launching the special projects.

It all started with Kalahandi on the auspicious day of Makar Sankranti. CM Naveen Patnaik launched projects worth Rs 2,084 crore for Kalahandi, including the Upper Indravati Lift Canal System, built at a cost of Rs 986.71 crore. The Canal System comprising 43.26 km of concrete canals and 1,142 km of underground pipelines, has the capacity to irrigate 25,275 hectares of cropland.

Naveen Patnaik’s next stop was Sundargarh where he laid foundation stone for India’s largest Hockey Stadium in Rourkela and named it after Legendary Tribal Freedom Fighter Birsa Munda. The CM also inaugurated infrastructure development projects worth Rs 4915 crore during his visit. And, he chose the auspicious day of Vasant Panchami (Saraswati Puja) to unveil these.