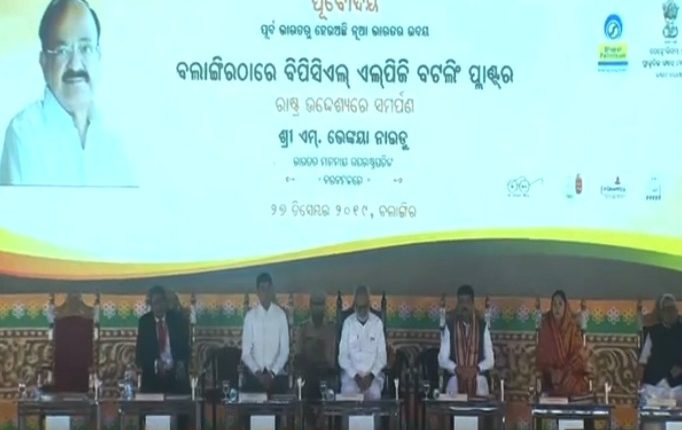 However, the Vice President addressed to the people through tele conference.

The bottling plant has been established at an expenditure of 103 crore and has capacity of manufacturing 42 lakh cylinders annually.

The Vice President was also scheduled to attend the inaugural ceremony of Rajendra College’s platinum jubilee celebrations today. The mega event is being organised from December 27 to 31.