By Sagarika Satapathy Last updated May 19, 2021 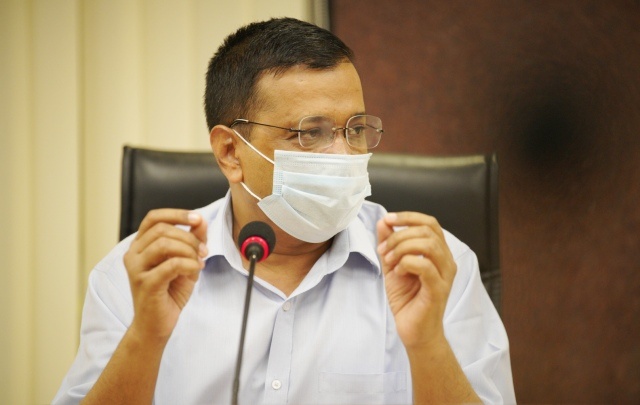 By Srestha Roy:  Arvind Kejriwal, the Delhi Chief Minister, tweeted and warned the Centre on Tuesday that a new variant of coronavirus(Covid-19) discovered in Singapore might lead to India’s third wave. The variant is very harmful for children, according to Kejriwal.

He had also requested the central administration to immediately suspend flight flights to Singapore and prioritize vaccination for children.

The tweet came as the nation’s capital is beginning to show signs of recovery. The number of daily cases has decreased to 5000 on Tuesday from a peak of more than 28,000 last month.

Vivian Balakrishnan, Singapore’s foreign minister, criticized Delhi Chief Minister Arvind Kejriwal on Wednesday for his tweet about a hazardous variation in Singapore, urging the activist-turned-politician to “stick to facts.”

Balakrishnan responded to Kejriwal on Twitter with a link to a report on the B.1.617 variation’s proliferation in Singapore.

Singapore issued a firm reply hours later, claiming that the India-dominant strain had been discovered in the majority of recent cases across the nation. Singapore’s High Commission in India sent out a tweet claiming, “There is no truth in the assertion that there is a new COVID strain in Singapore. Phylogenetic testing has shown that the B.1.617.2 variant is the prevalent strain in many of the COVID cases, including in children, in recent weeks in Singapore.”

The Centre revealed today that Singapore summoned the Indian Ambassador and expressed their “strong concern” to Delhi Chief Minister Arvind Kejriwal’s tweet about a “Singapore variant,” adding that the ambassador told the country that Mr. Kejriwal “has no competence” on Covid variants.

Foreign Minister S Jaishankar tweeted in a public rebuke of Mr. Kejriwal. He was further thanked for his statement by his counterpart in Singapore.

According to Minister Jaishankar’s tweet, “Singapore and India have been solid partners in the fight against Covid-19. Appreciate Singapore’s role as a logistics hub and oxygen supplier. Their gesture of deploying military aircraft to help us speaks of our exceptional relationship. However, irresponsible comments from those who should know better can damage long-standing partnerships. So, let me clarify – Delhi CM does not speak for India. “

All flights to Singapore have been halted since March 2020, according to Union Aviation Minister Hardeep Singh Puri, who notified Delhi CM on Twitter. He also stated that India and Singapore do not share an air bubble.

Only a few flights are made between the two nations as part of the Vande Bharat Mission to return Indians who were stranded there, he noted.

South Asian countries like Singapore and Taiwan, have been hailed as succeeding nations in the fight against Covid-19, due to enforcing tough restrictions at home while also limiting travel amongst themselves.