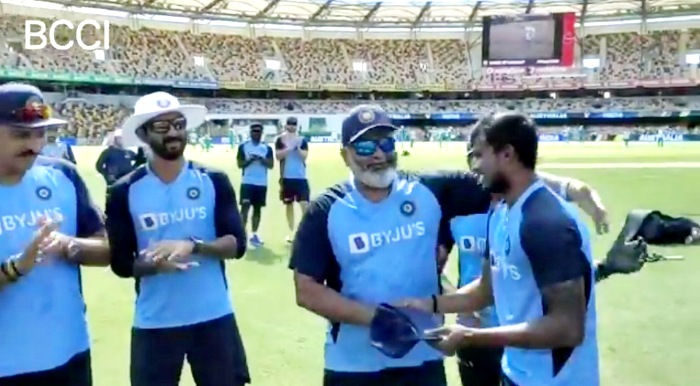 TNI Bureau: Australia won the toss and opted to bat first in the fourth and final Test at Gabba, Brisbane. The Kangaroos have not lost here since 1988.

India had to make 4 changes to the team due to injury woes. Hanuma Vihari, Ravindra Jadeja, R Ashwin and Jasprit Bumrah are out due to injuries and other related issues.

T Natarajan also becomes the first Indian cricketer to make international debut in all formats of the game during the same tour.

Australia made one change to their team. Marcus Harris replaced injured Will Pucovski. Nathan Lyon is playing his 100th Test.

Gabba, Brisbane is set to witness interesting battle between the bat and ball in India vs Australia Test.

Mohammed Siraj and Shardul Thakur took one wicket each. #INDvsAUSTest