Cops who nabbed him are in isolation 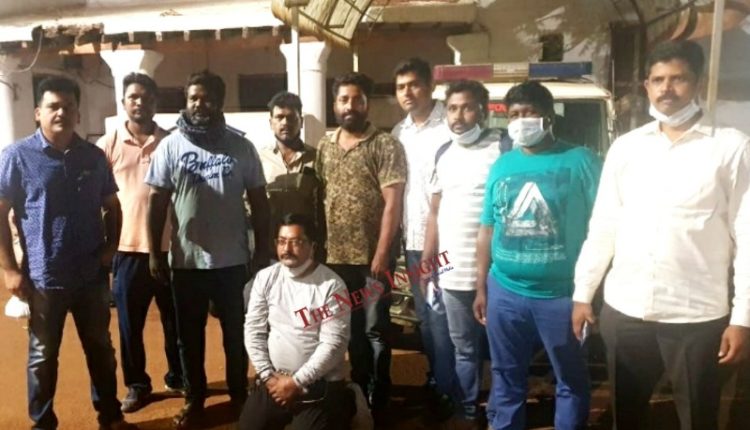 TNI Bureau: Convicted Gangster Sheikh Hyder, who was recaptured in Hyderabad two days ago and brought to Odisha yesterday, has tested positive for Covid-19. He is currently in isolation at Choudwar Jail.

Cops who were part of the team that nabbed Hyder, will undergo RT-PCR Test. Several Cops including IIC Rashmi Mohapatra have gone into isolation.

Hyder was remanded to seven-day police custody, but his remand will be delayed.

Hyder, who had escaped from the SCB Medical College and Hospital during treatment, was caught in Hyderabad 5 days after he fled.

Hyder was undergoing treatment at SCB after being brought from Sambalpur Circle Jail where he was serving the life sentence in a murder case. He escaped on April 10 with the help of his family members and accomplices after drugging the security guard.