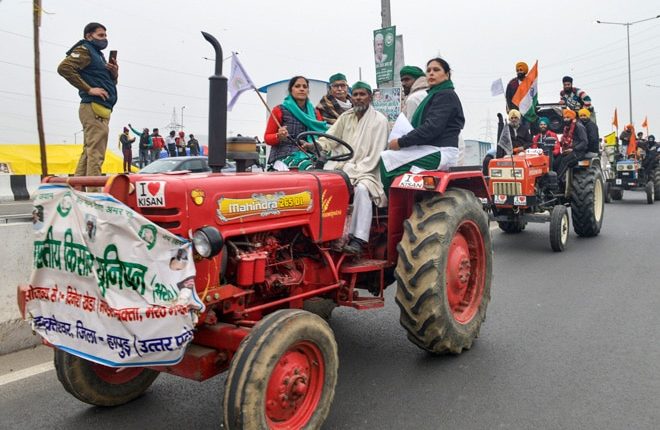 Farmers’ Protest Updates: The farmer’s union is the middle of the ninth round of negotiations with the government.  This comes after Supreme Court formed a four member committee to resolve the farmers’ protest issues across the country.  Government officials are holding the talks with the representatives of 40 farmer union at the Vigyan Bhawan, New Delhi.

As the farmers reached the Vigyan Bhawan to hold the talks, BKU Spokesperson Rakesh Tikait issued a statement. He said that the government must come up with a plan that can repeal the farm laws and legalize MSP. This comes after the farmers’ protest enter the 51st day.

As per the reports, the 9th round of negotiations with the farmer’s union and the government started at 12:30 pm.

During the talks, Agriculture Minister Narendra Singh Tomar referred to the SC’s orders. He said that the discussion shall only happen regarding the amendments.

Meanwhile, Rahul Gandhi and others who moved towards Jantar Mantar, said the farms laws are to “finish the farmers”.

Around 2;30 PM, the members of the 9th round of negotiations, took a lunch break.

Meanwhile, Chandigarh police used water cannons to stop the congress members from protesting against the farms laws. Some worker were detained by the police. They were protesting at the Punjab Raj Bhawan.

Delhi: The talks between farmer leaders and the government at Vigyan Bhawan temporarily halted for the lunch break. pic.twitter.com/f89neLy284

What Has Happened So Far?

Farmers’ Protests are going on for the last one and half months. Thee agitating farmers are protesting against the three news farms laws. They said that these laws would take away the Minimum Support Price, and the farmers would be left at the mercy of private industries.

On Tuesday, the Supreme Court gave a historic judgement in the Farmer’s Union vs Government case. They said that they were “extremely disappointed” with the Central government, as they didn’t handle the talks well.

Supreme Court further put the implementation of the farm laws on hold. They ordered a four member committee to study the situation, and suggest changes that are needed.