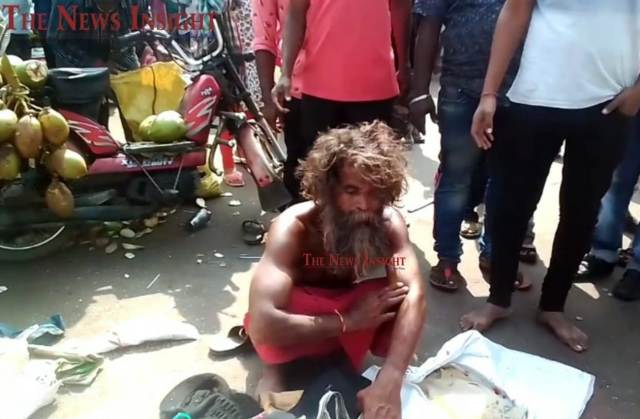 TNI Bureau:  After the incident was highlighted in the media, family members of the ‘Engineer-turned-Beggar’ arrived in Puri and convinced Girija Shankar Mishra to return home.

Although Girija was reluctant to return and even tried to run away from the place, the family members with the help of locals, made all efforts to convinced him and finally succeeded in their bid.

Girija’s story came to light following his altercation with a rickshaw-puller in Puri. Girija had taken up begging due to personal reasons, which he never revealed.

50-year-old Girija, a brilliant student, had done Engineering from CIPET, Bhubaneswar. He also worked in an Engineering College as a Faculty. However, he left his job and family more than a decade ago and took up begging in Puri.