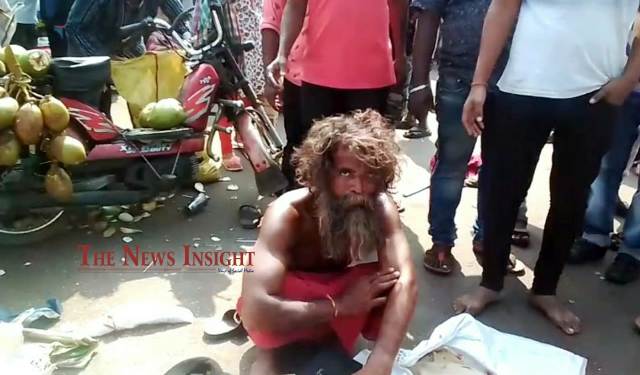 TNI Bureau:  A stray incident involving an altercation between a beggar and a rickshaw-puller in Puri, brought an ugly truth into light yesterday. The beggar involved in the fight, was identified as a Degree Engineer, Girija Shankar Mishra.

It can’t be said that Girija took up begging due to financial crisis or unemployment, as he belongs to a well-to-do family. His father is a former DSP in Odisha Police. He himself was a Lecturer at a plastic engineering college.

So, what forced him to give up everything and took up a beggar’s job in Puri? Well, he declined to spill the beans, calling it a personal decision. He has been into begging for years and only he knows why has chosen this profession, leaving good days behind.