By Sagarika Satapathy Last updated May 31, 2021 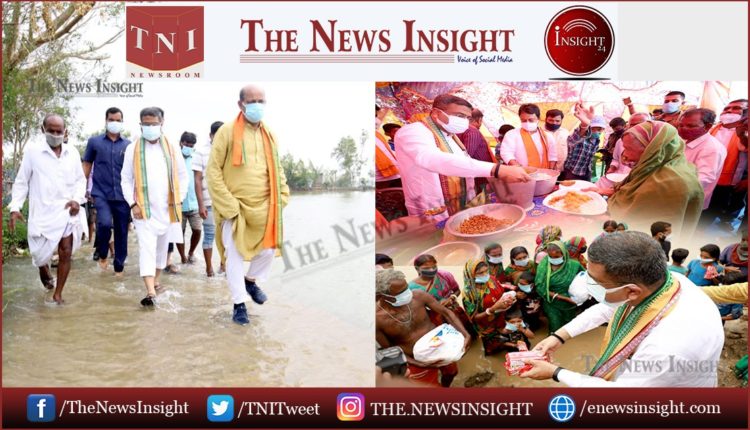 TNI Bureau:  After conducting an aerial survey of Cyclone affected districts in Odisha along with PM Narendra Modi, Union Minister Dharmendra Pradhan has been visiting various areas and trying to assist the people in distress.

Dharmendra visited Cyclone Yaas affected villaged in Bhadrak district yesterday and met the people in need. He listened to the grievances of the people and assured them of full support.

Thousands of people are still water-logged aftermath Cyclone Yaas. The Union Minister joined the relief work being carried out by BJP Karyakartas as part of the #SewaHiSangathan initiative. He extended all support to speed up the relief and rehabilitation process while ensuring normalcy in the affected areas.

According to Dharmendra Pradhan, the Cyclonic storm has extensively damaged the crops and houses in many villages. One of the key demands of the villagers was a pucca house, he said.