Debate on CBI’s role in Chit Fund Scam in Odisha 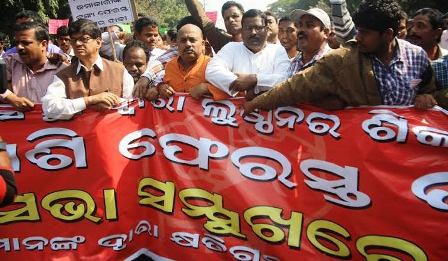 TNI Bureau: The victims of Chit Fund Scam in Odisha had high hopes from the CBI as they thought it would punish the guilty and put them behind the bars. While some arrests have been made, the main culprits remained free. CBI did not show the urgency as required.

Even today, the CBI is going aggressive in West Bengal, but remained silent in Odisha. Our debate topic was –

Sambit Nanda:The Chit Fund and Mining scams are turned out to be the best deal makers for the supposed post election alliance between BJD and BJP in 2019.

Amitav Khilar: Something is fishy.

Pradeepta Dash: Seems they did not get conclusive proof of involvement of any top politicians.

Janakish Badapanda: Because a number of IAS and IPS officers are involved in the scam. CBI could have exposed them, while arresting the politicians. These Babus stopped the process.

Ramachandi Prasad Ranasingh: There is no proof. They are just beating around the bush. It’s very unlikely that any politician will be convicted in the court of law.

Laxminarayan Kanungo: These political parties are hand in gloves in dealing with corruption. They don’t want to lead by their actions. Even they don’t want to set up Lokpal-Lokayukta. The parties don’t show any interest to implement national/state funding of parties & elections as suggested by various committees & commissions to minimize conflict of interest & corruption at source.