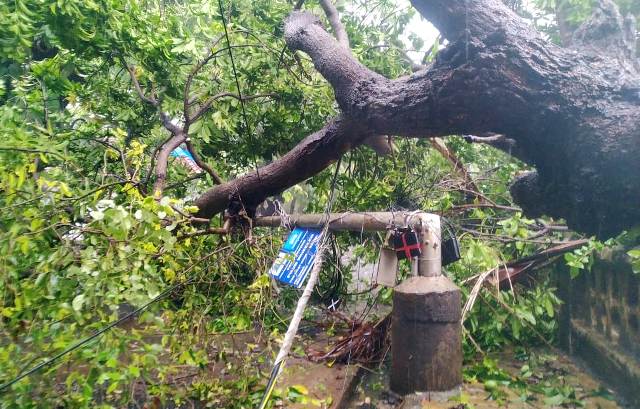 TNI Bureau:  At least six deaths have been reported as normal life was thrown out of gear due to the Cyclone Tauktae with heavy rains and gusty winds causing heavy damage across Karnataka and Goa on Sunday.

Four people have lost their lives and 73 villages across six districts in Karnataka have been destroyed by the cyclone, according to the state disaster management.

In Goa, two deaths have been reported and more than 500 hundred trees have been fallen, sources said.

According to the Indian Meteorological Department (IMD), Tauktae, which has intensified into a “very severe cyclonic storm”, moved nearly northwards with a speed of about 13 km during past six hours.

It is very likely to move north-northwestwards and reach Gujarat coast in the evening hours of May 17 and cross Gujarat coast between Porbandar and Mahuva around early morning of May 18, the Met department said.